This the second part of The Road to RubyConf XK, a series of articles about running training. Don’t miss the first part.

For many, it is enough to know that running keeps you fit. But if you’re training with a goal in mind (be it a specific time on marathon or just to get into better shape), it is useful to know a bit about the physiology of physical training.

But hey, I hear you say. Why do we then train at all? Let me explain.

In sports science, the training effect can be described with a simple graph:

In the graph, the red parts are training sessions, during which the fitness level of our persevering hero goes down1. Then, during the rest phase (marked green) the level goes back up to where it was. However—and this is the interesting part—it doesn’t stop there. Because of evolution, intelligent design or a turn of the wrist of the flying spaghetti monster, the human body is an adaptive organism. It basically thinks, “Gee, I was hit really hard during that last workout, so I’ll be clever and hoard some extra jelly in order to be prepared for the next one”. And thus it steps beyond its initial level of fitness to the land of the unknown. This effect is known as supercompensation.

Supercompensation is a funny thing. It happens in many different training effects, be it strength, aerobic performance, or maximum running speed. As we’ll see later, the effect is also used on many timescales in training programs, from intervals within a single workout to training sessions to days to weeks or even longer training periods.

From the supercompensation graph above we can draw three corollaries:

Now, let’s look at each of these in more detail.

Goal 1: train at the optimal moment

In a perfect world, training would always happen at the very top of the supercompensation curve. In reality, that is of course not possible. First of all, the whole graph is a vast oversimplification. There is no single thing called fitness. Rather, there are several aspects to it such as muscle condition, energy level and general fatigue.

Nevertheless, it is important to understand the timing of hard trainings. If you always train too soon after the previous tiring exercise, the curve will never reach the supercompensation state but rather top off before the previous high level. Continuing this for too long can cause what is called overtraining.

Figure 2. Overtraining. Leaving too little time between hard workouts leads to decrease of the fitness level.

Overtraining is a condition with symptoms like general feeling of tiredness, sleep problems, high rest and orthostatic heart rate. Recovering from severe overtraining can easily take months. Many top athletes who have trained themselves too far have never recovered. It is thus important to train on a level that is suitable for your current fitness. You can’t start an olympic-level training program if you have not run a mile in last five years.

On the other hand, if you leave too much time between the workouts (which is frankly far more common among us), the supercompensation effect will fade out and your body will return back to the previous level or even lower.

Figure 3. Workouts too far apart. The training effect fades away between them.

Goal 2: Recuperate as fast as possible

Like said in the beginning, your fitness doesn’t improve while training, it improves while resting. Assuming that you always exercise at the optimal moment, the next thing you can do to optimize the training effect is to make the recovery period as quick as possible. This will allow you do more training-recovery loops within the same amount of time.

Figure 4. Faster recovery allows for more workouts in the same amount of time, thus resulting in faster increase of fitness.

There are a vast amount of ways to shorten your recovery time. The effectiveness of many of them depends on the individual. However, many if not most of them have been scientifically proven to accelerate the process of recuperation. Just remember that doing nothing at all rarely is the fastest way to recover. 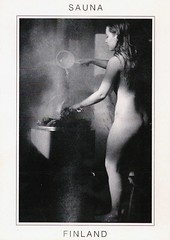 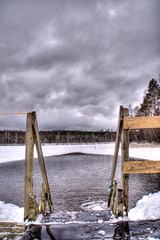 On the other side of the equation, there are a few things that will slow down the recovery process and that you should avoid if possible.

Like said above, the supercompensation effect happens on many levels. Within single workouts such as interval trainings, between workout sessions and days, and even between weeks. Therefore, unlike we indicated in goal #1, there might not be a single optimal moment for a training on all those timescales. Sometimes it makes sense to train even while tired, especially on training camps. On the other hand, after harder periods of training you might need to take it easier for a whole week before doing another hard workout.

Figure 5. Supercompensation on both workout and weekly level.

It is thus important to find a good rhythm for your training program. This should happen on one hand both on short (day/workout) long (between weeks) timeframe; on the other hand on both workout intensity, length and type level. Some examples:

If you read the training schedules of some famous athletes, you can see that there are no two similar programs. While sport science has evolved massively in the last 60 years, there is still no one right way to exercise that would work for everyone or even for the same person in different situations. You thus need to find what works best for you, which is no small feat.

However, understanding the scientific basics of training a human body will help you assess the training programs you find and to choose the program that works best for you. You are thus in way better position than for example Emil Zatopek, who spent years and years shuffling different training programs, from insane mileages to interval training in snow (which both worked well for him) to maximum strength training (which didn’t). So since we’re allowed to, let’s not be shy about running on the shoulders of giants.

1 The reason for this is that training is a catabolic process, where large molecules are broken into smaller ones, at the same time releasing energy. ?

2 Glycogen is the stored carbohydrate in muscles that human body preferably uses as energy in sustained physical exercise.6 ?